What WIP Jobs Tell You About Your Operational Health

We see the biggest opportunities for change - and biggest challenges to cost for any Housing Operations team - fall into their repairs and maintenance strategy.

UK Housing Providers are working hard to deliver great service to their tenants, whilst maintaining their value for money metrics. But delivering a better service than ever, at a lower cost than before, sounds like an impossible challenge. It almost is. And often impacts tenants satisfaction the hardest.


Some Numbers to Consider

On average, the total repairs and maintenance spend of the housing sector dropped by 1.7% during 2015/16 - in response to the mandated 1% rent reduction. It doesn’t sound like much, does it?

But step back, and it has cost the sector much more than you might think.

This 1.7% led to more and more drastic shifts towards cutting costs and morphing traditional repairs services. So much so that in 2018 this figure had shot up to 11.3%.

Gloucester city homes’ original plans to preserve the external fabric of many homes was changed “following the rent reduction”, it states.

Thirteen Group’s annual report states that reductions in its major repairs budget were initiated in response to the “requirement to make efficiency savings”.

L&Q felt the pressure and began experimenting with a “routine repairs responsibility policy”, expecting residents to take care of certain repairs themselves.

It is no surprise that social tenant satisfaction has been hit hard as a result of this frantic operational re-jigging. The balancing act of costs vs service has meant that four immediate repair-centric concerns have been brought to the forefront - for both organisational health and tenant satisfaction. These are:

The length of time taken to complete works,

The need for repeat visits and appointments,

The mess left behind after works and;

Incomplete works (or WIPs) - our focus for today

Why do WIPs Hurt So Much?

Good organisational health means identifying those pain-points and remedying them. Or, as an initial step, doing some good old-fashioned amelioration - whilst a long-term solution is nailed down.

Work in Progress (WIP) jobs might possibly be the worst thing to happen to tenant satisfaction metrics - and rising resource costs for your organisation - because they don’t have an easy solution.

So, what is it exactly about WIP jobs that makes them such a pain for operational teams?

-That they impact VFM and SLA metrics.?

-That they are disproportionately bad for tenant happiness?

-That they are simply impossible to shift without huge amounts of work, so often mothballed?

Well, it’s all of the above. And more.

WIP jobs that run past established SLAs are left indefinitely incomplete. Our clients have seen that T1 contractors often cancel and rebook their jobs after 27 days, to avoid a penalty.

This is a frightening thought - the work will never be done - and even harder to justify on KPIs.

So if you shudder inexplicably at someone mentioning value for money metrics and work-in-progress jobs in the same breath, you’re not alone.

But this is in no way meant to reassure you. WIPs are really just that bad. Let’s take a look at a case study.

With responsive repairs using up such a significant chunk of repairs and maintenance expenditure, it is a key area for social landlords seeking answers.

Early in 2018, The Kensington and Chelsea Tenant Management Organisation (KCTMO), conducted an audit of its responsive repairs service - Repairs Direct -  discovering that there were an alarming 5,400 WIP jobs - orders not closed down on the system - to contend with.

For a total of 33,800 repairs conducted a year, WIP jobs alone were costing £2m, instead of the £400k budgeted for the year.

25% of these WIP jobs were follow-ons as a % of all repair jobs.

KCTMO sought to tackle the issue by demanding more transparency, accountability and data from these repairs. To inform better decision-making.

Unfortunately, it wasn’t as easy as it seemed.

KCTMO discovered that the new repairs service wasn’t working as planned. There was an emphasis on moving work items quickly from individual caseloads, rather than from any point of ownership or accountability.

The whole service was driven in an entirely transactional fashion, which detracted from any real emphasis on tenant satisfaction.

There was no overarching KPI reporting framework to challenge the service or its performance.

Worse still, the cost recovery model enabled the repairs service to recover income against all its costs, so VFM metrics never featured into their need to drive efficiencies.

On top of it all, not a single data point from WIP jobs was collected to inform any long term investment.

There was only one thing left to do. Change everything.

Making It All Better

And everything did change.

KCTMO made a conscious effort. To deliver on desired quality. To drive up tenant satisfaction past the 65% mark. To repair their repairs service and with it, their tenant relationships.

The Repairs Direct service became a wholly owned subsidiary of KCTMO - with a critical shift towards demonstrating VFM and delivering services in a timely manner.

But this time it wasn’t just VFM for the sake of well-meaning, impressive performance figures that would bely a totally different reality for the tenants on ground. They wanted the facts to speak for themselves.

This would involve reducing WIP jobs gradually, often painstakingly, down from 5,000+ still open to a more manageable figure.

And they did just that:

Follow-ons as a % of all repair jobs were brought down to 10% in September, a reduction of 15% from January.

Productivity (average jobs completed per operative, per day) was driven up from 2.8 to 5.5.

What they found was incredible.

By late 2018, almost a year later, WIP numbers had dropped with a new change in leadership - down to almost 1,300. The £2m being originally spent on dealing with WIPs came down to the targeted figure of £400k. But not just that - dealing with WIPs had shown tenant satisfaction boosted up to 85%.

KCTMO has made great leaps, but isn’t out of the woods yet.

Between October and December, there was another increase in the number of open orders/WIPs; from 1,300 up to 1,508.

WIP jobs on the systems used by the housing provider were getting misplaced, continued to be left incomplete and were driving up costs all the same.

A significant number of open orders on the system showcases a lack of focus on process, which can often be the case when repairs services are focussed on moving through caseloads. This will almost always result in tenants never being at the heart of any repairs service offered.

So WIP jobs feel almost like a miners budgie. The first sign of a bigger problem is the system.

Are You Can Do?

Are you fighting for better tenant services in your organisation?

Trying to find ways to balance cost and operations?

If so, we want to hear from you.

At Plentific, we’re showing housing providers that it really is possible to reduce costs, improve services and create happier tenants.

It’s why some of the most progressive housing providers in the UK - Notting Hill Genesis, Hammersmith and Fulham and Cromwood Group - work closely with us to make their housing operations more efficient each day.

If you’d like to know more and see how we can make your WIP woes a thing of the past, ensure happier tenants and safer communities, get in touch with us today. 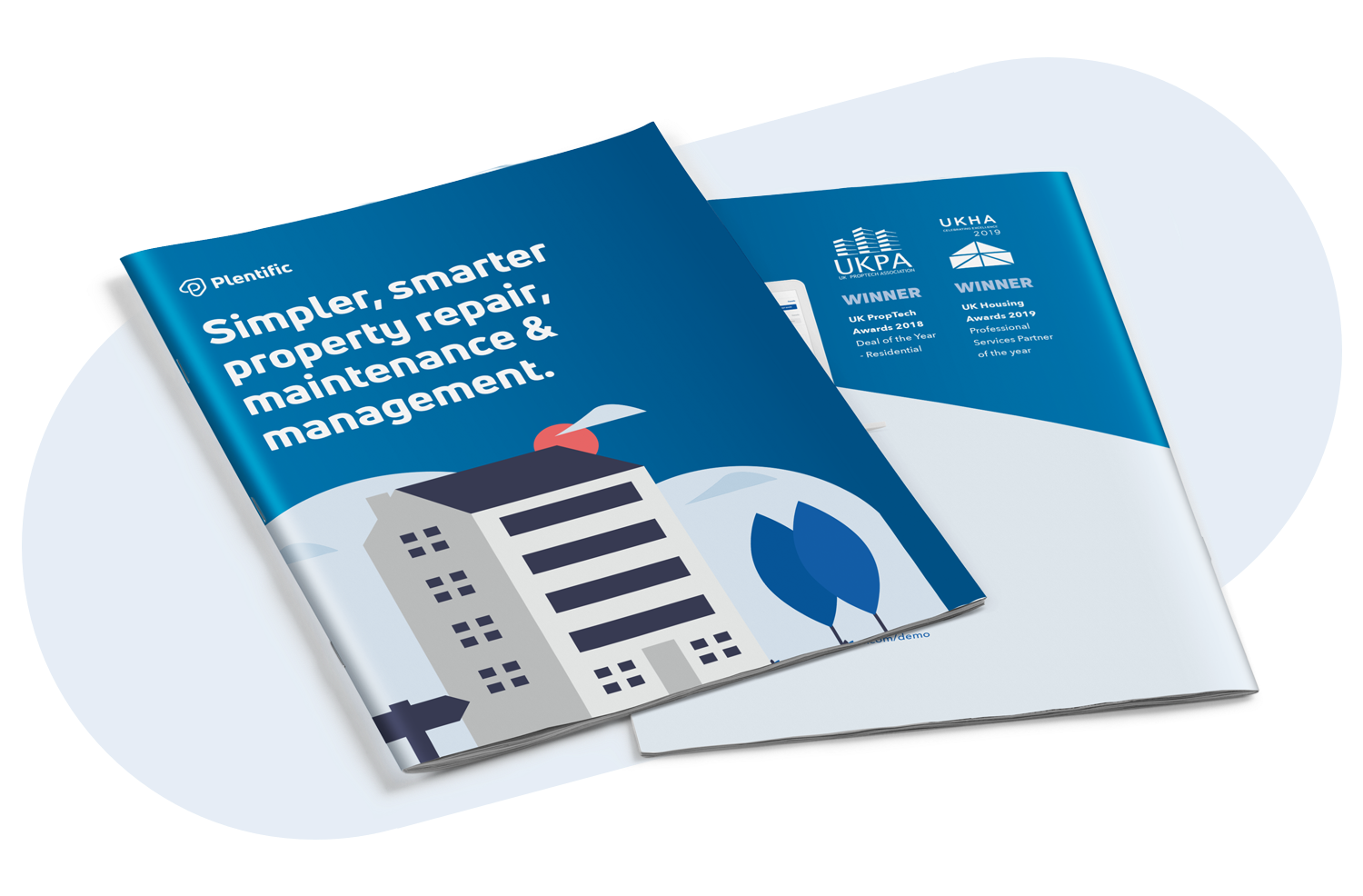 Get an overview of our work with leading housing providers - and how Plentific could work with your organisation.